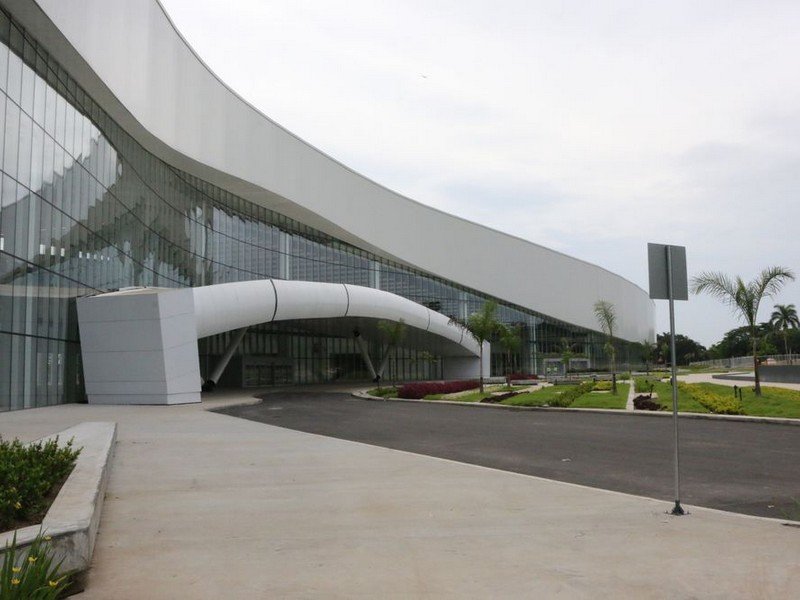 Rarely can we see an economy as successful and fast-growing as Panama’s. Its management proved to be among the best ones in Latin America. The economy is mainly focused on providing services, especially in the fields of tourism, commerce, and trading. Since all three sectors depend on human interaction, it is very important that people have a place where they can meet, learn and share common interests. Is there a better place do that than a convention center? A huge, brand new convention center? Amador Convention Center is the place, and it is about to be opened any day now.

Why was Panama chosen to be home to Amador Convention Center?

Due to its booming economy, Panama has become one of the most desirable places for relocation. Expats choose this destination for various reasons. Some would like to spend their retirement here, some prefer living near the beach, while some people choose Panama to start their new life there. If you are among any of the groups, and you would like to move with your family, don’t hesitate. Business opportunities are abundant and you will certainly find what you are looking for.

The services sector accounts for almost 80% of Panama’s GDP. The service-providing sector cannot survive without being constantly updated and improved. Since Panama gets a lot from the services its citizens provide, it seems like the only fair thing to do is to give something back. The Amador Convention Center seems like pretty good compensation, doesn’t it?

Amador Convention Center is there to connect people

Amador Convention Center is one of the most significant public projects not only for the citizens of Panama City, but the whole of Central America. It is a logical sequel to other larger-than-life projects such as the Panama Canal and the recently built Third Bridge Over the Panama Canal. The former is tremendously important for the economy since it provides millions of dollars of toll revenue and it employs a great number of people. The latter connects the eastern and western parts of Panama Canal thus linking people from all parts of Panama. Similarly, Amador Convention Center is there to make bonds between people. It is not just a contemporary venue for conferences. That is the place where important decisions will be made, where future technologies will be presented, where people will meet and share their experiences.

Some facts and figures

The Amador project will soon replace Atlapa Convention Center which was built in downtown Panama City in the 1970s. With the capacity of 10,000 persons, it used to be the largest MICE facility of Panama and Central America. Now you will see that the new convention center is not a joke, and here are some facts and figures to prove it:

The Office of the ATP (Tourist Authority of Panama) announced that the project is 95% finished. At the moment, reviewing of the enclosures is being done. The final preparations before the opening of the convention center also include the adjustments of the special equipment. That means that the contractors are dealing with lighting, acoustics and public address systems of the building. In addition, many finishing touches to the building have to be done prior to the grand opening. Among many other attractions the city can offer to its guests, this would be one of the great reasons why Panama is the place to go in 2019.

The location of Amador Convention Center

The location for the new convention center couldn’t have been chosen better. It is built in the heart of one of Panama’s busiest tourist areas. To be more precise, it is

Panama is constantly improving and growing. That calls for better and more developed infrastructure. Panama’s government is proud of the latest opening of Metro 2 line in Panama. You can only imagine what the benefits the planned Metro 3 line will bring to Panama infamous traffic. Even more interesting is the recently announced airport expansion. Needless to say, this is a project of immense importance. The citizens are thrilled about all of the above-mentioned advancements and the Amador convention center is also to benefit from the infrastructure upgrades.

Looking back at the foundations of Amador Convention Center

The idea behind this state of the art architectural and construction design was connecting Asia and America to Panama. The Canal was the first step in this mission, and now it is time for the convention center to support the idea. However, building the ultimate convention center such as this one in Panama couldn’t have been performed without some setbacks. The public is familiar with a series of delays with regard to the structure’s delivery date. There was a twelve-month pause in the construction due to liquidity problems in the consortium HPC Contratas P & V. To remind you, they were awarded the project in 2012 for $193.7 million.

Now, one of the companies that perform the building is called Ayesa. The other two are China State Construction Engineering Corporation Ltd. and Panama-based Construcciones Civiles Generales, S.A.

A little bit of politics

The Canal that links the Atlantic and Pacific oceans is one of the world’s busiest trade arteries. Its importance both to America and China cannot be measured. This is also the case with Amador Convention Center. However, Washington officials are not so thrilled about Beijing’s presence in Central America. They are worried that they are the ones paying for China’s growing strategic and economic influence in this area. On the other hand, Panama officials are determined to claim that they value and are ready to cooperate with both sides equally.

In an unprecedented victory against Costa Rica in [Read More...]

Lately, plenty of governments have decided that [Read More...]

An official request issued a week ago by the [Read More...]