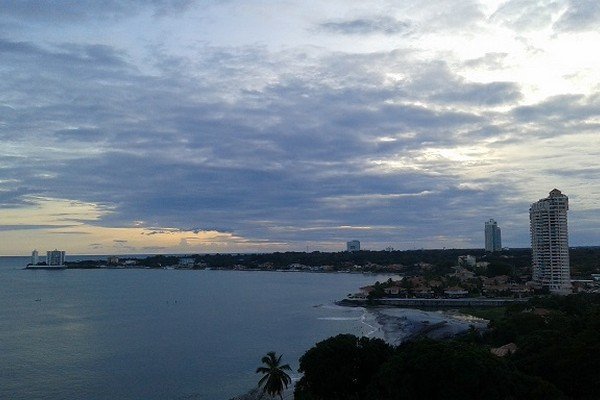 Panama is a uniquely placed country in the world, a rare intersection of world commerce, tropical beauty, political stability, and extraordinary living conditions. Most famous for the Panama Canal, it is the crossing point for billions of dollars of trade goods each year; but in the last decade, it has defined itself as far more than the home of the canal, as a dynamic place to do business, retire and travel.

Whether it’s browsing designer goods along Panama City’s fashionable Calle 50, or wrestling a record sailfish from the rich Pacific waters, there is something to suit all tastes (and budgets) on the isthmus.

It’s no surprise Panama is currently having a bonanza of a year in tourism. Not only does the country boast pristine beaches, picture perfect rain forests and virtually no travel time between the two, Panama’s transit and telecommunications infrastructures are outstanding. As an affordable, yet exotic place to travel, these modern qualities are placing Panama leagues ahead of other Central and South American vacation destinations.

Panama Pacific Coast beaches are receiving their fair share of Panama’s booming influx of visitors. Panama’s Tourism Authority notes a steady growth of about 200,000 more annual visitors a year; and tourism in the country is expected to peak at about 2 million visitors in 2015. Because tourism makes up about 12% of Panama’s GDP, and because Panama uses the US dollar system, Panama’s been able to safely ride out the international world recessions.

The town of Nueva Gorgona is famous for its traditional folklore and carnival celebrations, annual fiestas with a rich history dating back more than 100 years. With crime rates being some of the lowest reported nationwide, foreign investment in the area is on the rise. Along the coast, a number of luxury developments — both residential and tourist — are in final stages of completion, including Bahia Resort, a spectacular beachfront resorts with first class amenities.

As one of the most desirable and still affordable up and coming beach towns in the region, Nueva Gorgona is growing at a strong, yet controlled pace. With Empress Berns new condo resort project Royal Palm now under construction, and the expected delivery of Ocean Waves, including the closest and best beach to Panama City, Nueva Gorgona is presenting itself as the “new” destination for younger generation on Panama’s Pacific Coast.

With a brand new marina in Vista Mar under construction, new shopping malls, a new hospital and international airport in Rio Hato about 30 min away, a spike in investment is soon expected in the area — not only in Nueva Gorgona but across the entire Pacifc Coast beaches in areas such as Coronado, San Carlos, and Farallon. Retirement and second home investment opportunities are presenting themselves on a daily basis in the region.

How to Buy Panama Beach Property

Buying a house has always been a symbol of [Read More...]

Leaving the City and Moving to the Beach

Why so many people are making a life changing [Read More...]

Advice for Relocating to Panama

Are you thinking about relocating to a new place? [Read More...]

Lately, plenty of governments have decided that [Read More...]

How to Buy Commercial Real Estate

Panama is a country in Central America. Which [Read More...]