Published by Michael Flora On November 15, 2014 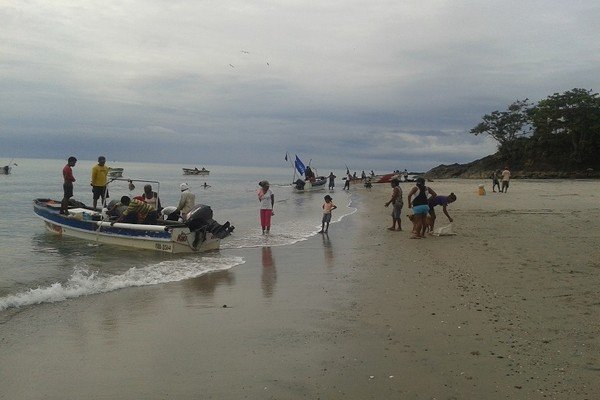 There are a number of lures to hook a person on Panama, but great sport-fishing in its coastal waters is perhaps one of the most universal. Whether it’s for the thrill of the reel whizzing out to a massive marlin, or the truly delectable pleasure of fresh caught yellow fin tuna seared and served with a splash of soy sauce, the fish of Panama have made a bit of a name for the area.

Sandwiched between two world-renowned fishing spots, Piñas Bay to the east (where the luxurious Tropic Star Lodge is located) and Hannibal Banks to the west, Panama lies along a stretch of water is known as the ‘Tuna Coast’.

Here the Pacific waters are heavily frequented by yellow-fin tuna, drawn in on the Humboldt currant from South America. This cold upwelling in addition to creating the drier climate that marks the Panama Pacific Coast Beaches, known as the ‘Arco Seco’ which provides the rich nutrients that tuna and the many other species of fish in these waters thrive on, making it one of the most diverse marine ecosystems in the world.

For the sport and leisure fisher, this means a plethora of catches to be hauled aboard virtually year-round, just minutes from shore. Sailfish, amber-jack, rooster-fish, grouper, Spanish mackerel and red snapper are in steady supply throughout the year. Other species, like mahi-mahi (a.k.a Dorado or dolphin-fish), wahoo and tuna peak seasonally during the region’s summer months, from November to April.

Because the continental shelf falls away sharply quite close to the coast, in some cases as close as one kilometer out, deep waters are easily accessible and bring big catches. While some may argue the virtues of trolling versus jigging or popping, light tackle versus the simple, traditional pleasure of hand-line fishing, others say knowing where the deep waters lie is the key to a successful catch.

Panama now hosts an annual fishing tournament held by Panama Fishing, another local sport-fishing outfit, which this year drew dozens of boats and hundreds of spectators over the weekend-long competition. In fact, it is the abundant fishing, in addition to the area’s dry climate, clear waters and country charms that have drawn increased tourism and development to the area in recent years.

Many developers are targeting fishing enthusiasts, building gated communities tailored to their needs, with beach clubs and waterfront storage lockers to easily store fishing gear. For more information on the best communities to live with fishing resources at hand contact us today.

Panama is known for many things: it is a [Read More...]

Whether you’re a tourist or looking to [Read More...]

The PGA Tour comes to Panama for its second year [Read More...]