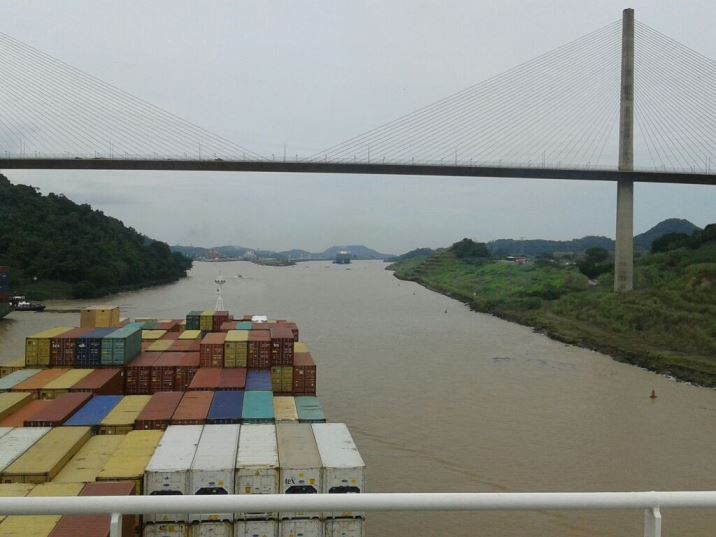 A New Opportunity for Global Economy: Since its original construction in 1914, the Panama Canal has served as a man-made waterway that divides the Central American country and enabling ships to transport goods and passengers across the Pacific and Atlantic Ocean. By that time, its creation cost an estimate of US $375 million and the lives of approximately 5.609 workers that put their efforts in this huge venture.

Now, more than 100 years after its foundation, The Panama Expansion Project is open to business, becoming the largest development of engineering on the Canal so far and having as ultimate goal its expansion, implementing a new lane along the canal with the construction of two new lock complexes, each one the size of the Empire State Building. The existing locks allow the passage of vessels that can carry up to 5,000 twenty-foot equivalent units (TEUs). With this new expansion, the Canal will be able to transit with up to 13,000/14,000 TEUs, doubling its current capacity.

For its construction, the Panamax Project counted with the operation of the Pacific Access Channel (PAC4), which is the excavation of a 6.1 km-long access channel for the new Pacific locks to bypass Miraflores Lake. This move would improve the water supply by raising the Gatun’s Lake maximum operational level by 45 cm to make more efficient the Canal’s water supply and draft and, in the meantime, dredging the navigational channels along the waterway.

After six years of research and 8 more years under construction, more than 100 studies on the economic feasibility, market demand, environmental impact and other technical engineering aspects, the Panamax Project aims to meet demand growth with enhanced customer service, having a direct impact on economies of scale and international maritime trade. It will help maintain the Canal’s competitiveness and the value of the maritime route through Panama and improve the country’s current economy by expanding trade between North America and the Far East.

Despite the hundreds of millions over budget (the overall program cost of the project represented a US $5.25 billion), this astonishing engineering venture comes as a new solution in order to bring a balance for the difficult moment in world’s economy, low oil prices, a slow growth in China and the crisis on the global commercial shipping market. According to the Canal’s administrator, Jorge Luis Quijano, these determinants are nothing to worry about. “The world will continue to grow. Eventually there will be a rebound, and the good thing is that we are prepared to take advantage of that when it occurs.”

How to Buy Panama Real Estate

Being a beautiful and convenient place to live, [Read More...]

There are several golf developments in Panama and [Read More...]

Panama Summit of the Americas

The Panamanian Government will proudly host the [Read More...]

There are many questions asked about Panama Real [Read More...]