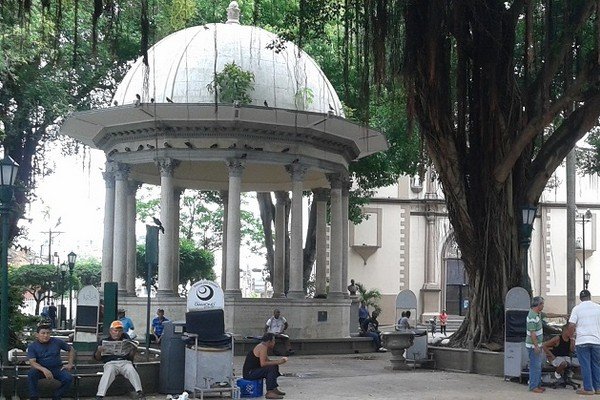 Santa Ana is located within the city of Panama and was founded in 1915. This is a significant date in Panama’s history, as it was when President Belisario Porras, decided to divide Panama City in to four different districts. In addition to the district of Santa Ana, president Porras named San Felipe, Calidonia and Chorrillo as the other three.

Within Santa Ana, you will find the Church of Santa Ana, a place which holds a magnificent history and is one of the most popular places for the local people. Surrounding this church, there is also a lovely park, which is one of the busiest in the region and provides much enjoyment to the local residents. From it’s poor beginnings, Santa Ana rose to become a charming area of Panama in conjunction with the construction of the Panama Canal. The Santa Ana Plaza, which is still an important social meeting place today, also has a fascinating history, much of which can be traced at the Panama Canal Museum.

There are currently about 18,000 people living in Santa Ana and towards the end of the 1800’s, a large number of the residents were middle class people and the Art Nouveau and Art Deco buildings, in addition to the parks were a sign of this. This led to an increase in the number of cinemas and cafes, the most famous of which is the Coca-Cola Cafe and this still operates today, over 100 years after it was first created. Santa Ana soon become known as the entertainment capital of Panama.

Although Santa Ana commercial and residential investment has been the scene of great growth over the years, the people still remain as humble as they have ever been. They look out for each other and care about what is happening within the local community.

Considering the history and the good nature of the local people, it’s little wonder that investors are now starting to take a big interest in Santa Ana. Real estate in the area is being purchased and many old buildings are being restored to their original splendor. Santa Ana provides a great opportunity for real estate investment and there are many ongoing, exciting projects which are transforming the area in to something special.

History and Guide to the Amador

Tips for Floridians Buying in Panama

Tips for Floridians buying a second home in [Read More...]

The Old Town of Portobelo, Panama

Along the shores of the Caribbean, in Panama’s [Read More...]

The Beaches of Neuva Gorgona have been known [Read More...]